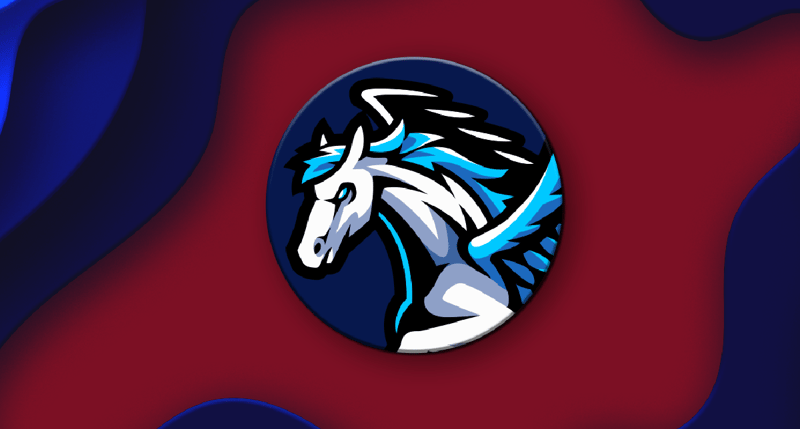 The research team at Cluster25 traced a recent activity that started in the first days of April 2022 from a DPRK-nexus threat actor using spear-phishing emails containing korean-based malicious documents with different lures (like the example below) to compromise its victims.

The target of this campaign seems generic and aimed to steal data from the south-korean individuals. In most of identified infections, indeed, the victims were users having a mail registered on naver dot com, a South Korean web platform that includes free email boxes, news, and search engine functionality. Cluster25 attributed this campaign to a DPRK-nexus adversary as similarities have been identified with the operation Kitty Phishing [1]

The Word document attached to the phishing email exploits a template injection vulnerability (CVE-2017-0199) that allows the threat actors to download a new weaponized document from a remote source. Once the document is opened, a remote URL is contacted (e.g.,
http:// naveicoipd. tech/ACMS/0lvNAK1t/accountsTemplate) to download the malicious remote template.

The downloaded template embeds a VBA (Visual Basic Application) script that is automatically executed thanks to the already reported vulnerability. This VBA code acts as downloader for the next-stage of the kill-chain using two embedded remote URLs (32-bit and 64-bit versions of the next-stage payload). All the embedded strings in the VBA project are obfuscated through a base64 encoding and a bytes-XOR encryption using a hardcoded XOR key.

Once the next-stage payload is downloaded, various APIs are resolved at runtime through the LoadLibraryA and GetProcAddress APIs (e.g., RtlMoveMemory, CryptBinaryToString, DispCallFunc) and the payload is decoded through the same process used for the embedded strings. Finally, the decoded payload is dropped under the path %LOCALAPPDATA% \Microsoft\TokenBroker\RuntimeBroker.exe and executed through the DispCallFunc API (low-level implementation of the Invoke method).

The executable RuntimeBroker.exe is protected with the UPX packer and it plays the role of a dropper for the late-stage implant. The RuntimeBroker.exe execution starts with two evasion checks aimed at avoiding the execution under sandbox or virtualized environments. In particular, the first check is represented by a time-based sandbox evasion through the GetTickCount API to check for a possible sandbox delay-skip feature.

The second check, instead, is represented by a hardware-based evasion through the CreateFileA API and a direct access on the physical drive \\.\PhysicalDrive0 to check for known HDD Vendor ID (e.g., VBOX, VMware). 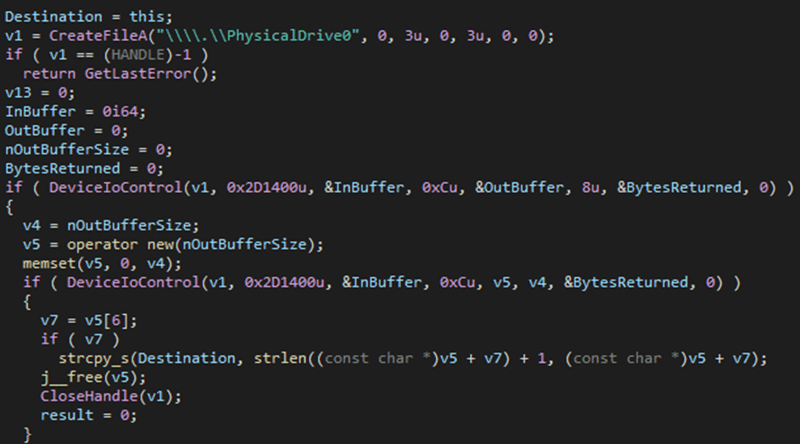 After that, the malware performs some checks for a possible antivirus process. In particular, if there is an active process named v3l4sp.exe (V3 Lite Antivirus by AhnLab Inc), the malware deletes itself and exits immediately. Subsequently, the malware tries to access to the C:\ProgramData\Intel directory checking for write permissions.

If the desired permissions on this sub-directory are available, the malware proceeds with an HTTP POST request to a remote URL in order to download the final payload. Once the payload is downloaded, the executable is dropped under the C:\ProgramData\Intel\IntelRST.exe path and a new registry key is created to ensure persistence. The final payload (IntelRST.exe) is heavily packed through a double protection with the ASProtect packing tool. This leads to a partial unpacking of the second layer of protection due to a broken IAT reconstruction.

Despite the packing mechanism it was possible to extract some useful information; first of all, the malware contacts a remote TXT resource stored on a Dropbox cloud server (i.e., https://dl.dropboxusercontent. com/s/k288s9tu2o53v41/zs_url.txt?dl=0) to obtain the domain of the C&C server (i.e., naveicoipd. tech). Once the command and control domain is obtained, the following information about the victim system are exfiltrated through an HTTP POST request to the C&C server:

Finally, the malware waits for a possible response from the C&C server that could lead to exfiltration and execution of other functionalities. In this campaign all the domains are generated through a DGA (Domain Generation Algorithm) and varies from payload to payload. In most of the cases, the drop-point domains and the C&C domains follows the naveicoip[a-z]{1}[.](online|tech) pattern and looks registered on the Hostinger or Contabo platforms. In some recent cases, certain domains are also registered on the OVH platform.

We identified a variants of the described campaign which showed minimal changes in the kill-chain. This one presents a different initial access vector through a Windows Help File (CHM) and a new middle-layer dropper instead of the previous template injection. More in detail, the CHM file has different built-in files which are dropped once the file is opened.

In particular, the most relevant files are an HTML file (called 1hh.htm) and an executable (called WINWORD.exe) representing the middle-layer dropper. Once the CHM file is opened, the HTML file is injected into the CHM view to execute some malicious JavaScript code that forces the creation of a shortcut under C:\ProgramData\chmtemp\ pointing to WINWORD.exe.

Once the shortcut is created, the execution of this middle-layer dropper is initiated through the Click() method on the just created Object instance. Briefly, winword.exe is responsible for the decryption and the execution of the real UPX-packed dropper. The middle-layer dropper performs the same checks already seen in the dropper RuntimeBroker.exe belonging to the other campaign.

After that, the dropper checks for write permissions under %LOCALAPPDATA%\Microsoft\Feeds\ and, in positive case, proceeds with the decryption of the real dropper directly from the memory through an hardcoded key, as evidence following:

Then the file is written under %LOCALAPPDATA%\Microsoft\Feeds\ with the name FeedsBroker.exe and a new registry key is created to ensure the persistence on the victim system. Before the execution of the UPX-packed FeedsBroker.exe the path to this executable is excluded from Microsoft Defender through the following PowerShell command:

Starting from FeedsBroker.exe, the kill-chain is identical to the just analyzed chain, as described above.

Due to the particular situation in the area, similar campaigns targeting organizations and individuals in South Korea can be expected. Such campaigns are unlikely to abate in the foreseeable future in terms of frequency and intensity. We will continue to follow these operations hoping such reporting can help to prevent and mitigate these attacks in many areas. Customers with access to Cluster25 intelligence portal can get more indicators and threat hunting rules about this threat actor following the link

For more information about this campaign it’s possibile to send an email to threatintel@cluster25.io

The following network rules can be used to assist in threat hunting activities for reported threat: